This is my second year taking part in the Open Water Challenge. The race once again was truly beautifully organized by the Pompano Beach Piranhas. I highly recommend it to anyone who wanted to test themselves in an open water setting.  And you could not ask for a more gorgeous morning with a few pinkish clouds above the horizon and very clear, warm and calm ocean. 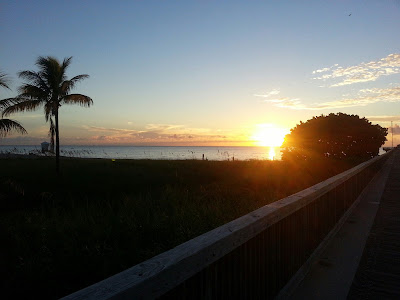 When I went to warm up I didn’t want to stop swimming it was so peaceful and you can see the tiny sand waves on the bottom right below you during the whole course. You just felt very serine and safe and didn’t have to be bothered by the fact that it was a race. Even though as every swim race or triathlon race it will start a little chaotic (my husband Pax said "It was on like Donkey Kong"); however in less than the minute you will be just doing your own thing and just thinking of proper technique, distance, of how you feel, if you are holding the proper line etc. It’s simply you, few buoys and the ocean. 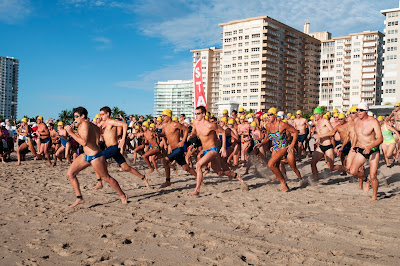 Little memories however kicked back very quickly form the previous year where right after the start one of my goggles accumulated quite a good amount of salt water in them and I decided not to bother and fondle with the goggles during the swim and just dealt with it throughout the race. Next thing was the warmth of the water which started getting to me maybe half way through the first stretch to the furthest buoy. It was getting warmer and warmer and I become thirstier and thirstier with every passing minute. I completely didn’t remember it until I experienced it once again this time around. 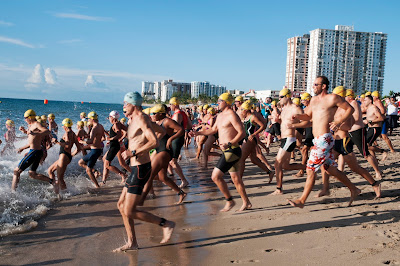 So those three elements were kind of bothersome and would pop up in my mind often. Besides that it was kind of difficult to draft since everyone had their own pace, after the turn I had a guy zigzag in front of me and when he crosses his feet would each time just lightly tap on my nose. I got tired of it and didn’t want to risk getting kicked hard in the face and just swam away further to the side to don’t get bothered anymore.

The swim was long and at some point I wished that the 500m buoy was the 750m but it wasn’t and coming back and trying to see through only one performing goggle with an already tired engine was quite challenging. 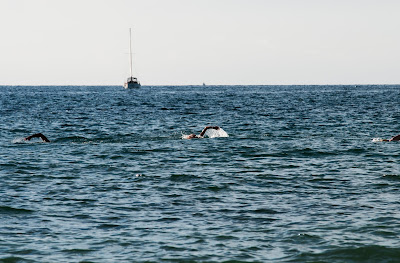 I barley could see the end buoy and mostly followed swimmers in front which were easier to spot. When I was close enough I finally saw it and was quite happy about it and that I was almost done, the little buoy however that we had to go around for the final turn was really hardly visible at that point but I found it. After reaching the shore there was still a section of beach run which we had to cover and it was quite tiring.

After all it seems that I improved my time from the previous year by 2.5 minutes and finally reached the 28 minute mark for 1500m swim. I am quite happy with this result. Once again I and my husband had great time and didn't regret for a second loosing some sleep over it... 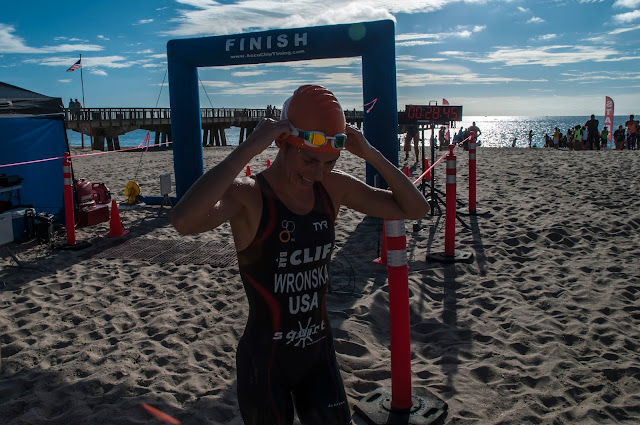 Video of the Race... 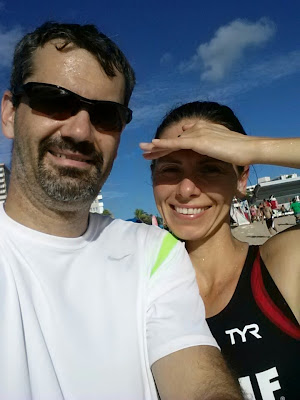 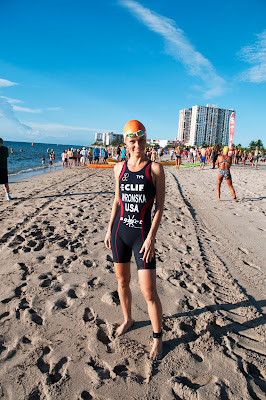