Once again Women Pro/Expert - 4th place.
This time after a great race in the nice and cool weather on the flowy, hilly San Felasco Trails...

It has been so warm, humid and sunny for such a long time in the south part of Florida that while packing for the trip to Alachua it didn’t even cross my mind to bring one sweater or sport jacket with me. Just shorts and shirts always was all around standard and amazingly only little over three and a half hours later I realized that I could make really good use of some warmer clothing…


While driving we went through some stormy clouds and Terri from GoneRiding confirmed that it rained overnight in the area. When we arrived in San Felasco Hammock Park we saw some standing potholes and moist ground. Path that leads to the trails was almost never ending and very bumpy and a few bike racks and bikes did come off the cars; as we witnessed ourselves.


Flat grassland and some small tree patches filled out the scenery. It was nice and cool and quickly we headed to the trails to find out what is awaiting for us here.

For quite a while however it had been one of those parks which somehow always got missed and therefore I never raced here before. Just knowing from what others said that it is the “roadie’s course”, and well I am definitely not a roadie, I wasn’t sure if it was best place for me to come up to and race.


Right from the start it was this never ending, maybe quarter of a mile (well at least if felt like that much) grassy double track which after a quick moment turned upwards. It was nothing sudden but this small gradual climb was a leg buster. And before your legs were done screaming we were making a quick left turn to the single track, filled with moist leaf matter and slick roots. Trail was twisting and wining up and down until it spilled us out on another grassy, gradual and exposed climb. This one also hurt and it did last for a very long time. Finally the trail turned left once more where a whole two miles of very similar single track was waiting for us. After that you get out of the trail in the same grassy area and you head this time to the right for an additional 3 miles of rolling, swooshing, and root infested riding. Last mile was a mix of grass and switchbacks in the flat section near the start line. There was really nothing big, technical, man-made or in any way memorable on the course. There was however constant work that had to be put in form of maneuvering through the never ending tricky turns, hidden roots, hug begging trees and constant gradual elevation changes. There were 500 ft. of elevation gain per 7.5 mile lap which doesn’t go unnoticed for someone who rides and trains mostly in the flats.

The race morning was cold, hitting 50s as the low overnight and getting up to 70s during the race, therefore double shirt during warm-up was a must. Even though it was a beautiful, windy and sunny all the grass was soaked in the dew and the trails were damp and slippery at times. For some reasons (I guess the fall arrived here) everything was brown, very brown, it was dark under tree cover and it made it very difficult to distinguish between dead leaf matter and wet hidden tree roots. Therefore it took little bit of trust and luck, especially on the twisty and tricky descents.


There were a few moments where my front wheel just simply slipped away on the roots and thankfully each time it was not bad enough to bring the bike down, and I was able to recover it.
Race itself was fast paced but didn’t feel short because of the length of the laps and the elevation.


I didn’t have a great start, but quickly after takeoff I tucked myself in the ladies-train and stayed close. I wondered if we were going to separate greatly on the first climb, but this really didn’t happen.  This part stung however and we were only some 30-40 seconds into the race. Not loving the sensations I found some extra strength and went around one rider when still having the leaders in sight. I followed and stayed as close as I could. When we were spilled on the grassy climb again I was just some 40 feet behind.  In the single track I could see the ladies in front of the winy trail, but it seemed as they continued to keep getting away. I guess it had to be a point when I didn’t see them much anymore and once again I was on my own.


Having the first guys approaching was the sign that I am going to have now more riders in between the lead group and staying connected will be more difficult. And it was. In order to let the guys by I needed to slow down slightly and move to the side each time, it is a costly maneuver and will eventually accumulate to a significant time loss.


The riders were super nice however and would let me know most of the time that they need to pass and how many riders are there, and it helped big time.
It’s so important to communicate on the trails; it saves everyone time and makes things way safer.


Please remember guys, us girls don’t have our little mirrors (or rear-view mirrors) with us to see how many dudes need to pass; you got to let us know! 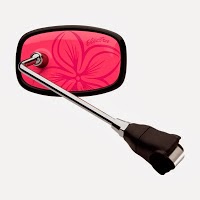 FOR GUYS: If you don't see this mirror on my bike or other one in my hand during the race, that means I can't see you and you have to let me know how many riders (including yourself) is about to pass!!! Thanks a TON!


Each time I crossed the shoot I could hear a group of cheering ladies who were awesome and kept my spirits high. It was super kind and much appreciated, even when I had no time to really respond or look the side while captured by the race spirit…


I think after the first two laps I was somewhere around two minutes back behind 3rd place. Like usual I enjoyed the most my second lap but it happened to be my slowest. I cranked it up for the last lap and almost matched my first lap split but that was not enough to get any closer however and actually my time slipped away even further somehow.  All of it didn’t come without a good amount of pain, burn in the quads and distress when trying to eat or drink while gasping for air. Not easy stuff. But I made it through and this time I did cut my deficit to the leaders in half when comparing to other races.


After all I enjoyed riding and racing in this park and don’t regret for a second our trip there.


By the way after the race I went for the run and boy, those trails are really awesome for trail running, I really had a super peaceful and enjoyable time out there.


Also I was amused and happy to see an incredible amount of ladies in different riding classes. Cat 3 race was so packed that it caused a small pileup on the start, which I saw exiting very gracefully my dear friend Zee and still finishing third in her class.
There are a lot of reasons to get out to be one of the first ones out of the start, but hard evidence shows that it’s not how you start but how you finish matters and often you have riders pulling through from the back of the field for the ultimate victory.

Getting better in anything and getting satisfying results is a process, long, gradual process just like those never ending slopes on Alachua trails. It hurts for a while and then it gets little better. It’s a never ending journey. Nothing happens overnight, well unless you get lucky and win lottery; but still it will not make you better in anything. Otherwise you have to listen to your heart and ask it what it wants from life right now.

Life is full of chapters, everything changes, but right now if you get up in the morning and your gut tells you to sign yourself up, grab your bike and go to the race, then you simply must do it. Don’t let anything stop you from what matters to you the most at that moment. Life is about moments. Enjoy this process as much as you can; it might takes, months, years, sometimes lifetime to get there where you want to be. As long as you are moving forward and following what feels right, you are on the good way. Just never give up… 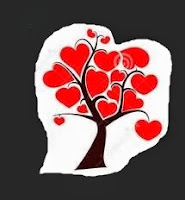 Thank you to my husband Pax for all the beautiful pictures and most amazing support!!!